And To The Republic 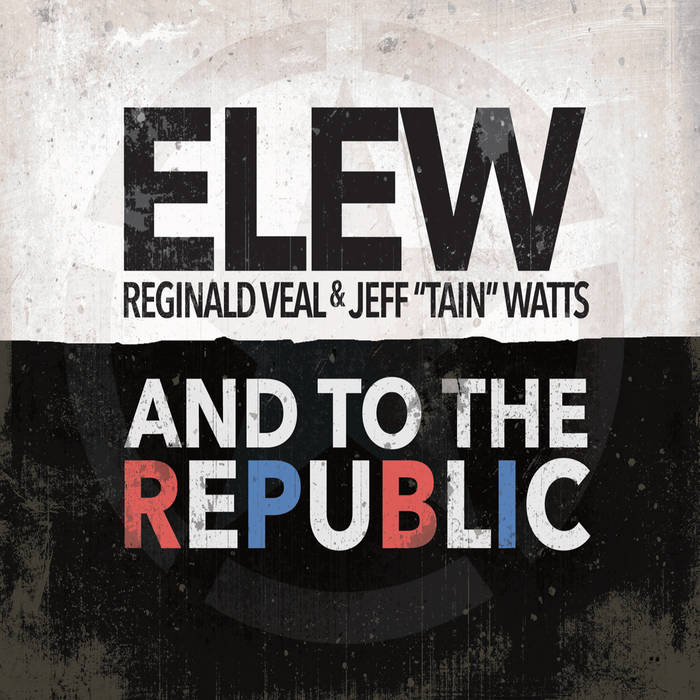 emmanuelsaridakis Awesome! From his generation is my favorite jazz pianist. Check out Rock jazz too! Favorite track: Medicine Man.

Back of the Buss

Sometimes it takes an outsider to show the current pecking order what is amiss. There are revelations to be heard by those who distance themselves from their native tongue to find a place for themselves. A return can then be revelatory to both the outsider and the republic, as it stands….

Pianist Eric Lewis grew disheartened by the jazz music industry in the late ‘90s after a promising start in the ensembles of Wynton Marsalis and Elvin Jones. Subsequently, Lewis won the Thelonious Monk International Piano Competition only to find that he wasn’t connecting to the material any longer. Lewis withdrew from the jazz world and reemerged with a new moniker and style, namely ELEW and rockjazz, a piano specific blend of contemporary pop and rock music in an aggressive acoustic improvisatory setting amplified by the artist’s endurance and intensity.

ELEW has found himself in a new world where the crossover potential of his creation opened doors for him in fields beyond jazz and beyond music. He has collaborated with world-renowned popular artists like Lil Wayne and found a partnership with the Complexions Contemporary Ballet as Composer in Residence. ELEW has also begun a foray into screenwriting and directing.

After years of distancing himself from the jazz world, ELEW has decided to make a return in a remarkable triumvirate featuring bassist Reginald Veal and drummer Jeff “Tain” Watts. His new recording, And To The Republic, features the forceful pianist’s fantastic prowess expressed in the genre that he first caught the attention of the listening public with, mainstream jazz. The recording is a sincere olive branch to jazz purists and the jazz community that he had spurned earlier.

The choice to return wasn’t one of necessity. ELEW has been successful throughout his career, which continues to branch into many streams. His intention in releasing this new recording is to reengage with the world that inspired him initially, to play with masters of the craft and to pay homage to his heroes, especially his former employer, drum legend Elvin Jones.

Who better to fill the role on drums that the great Jeff “Tain” Watts? He is a true disciple of Elvin Jones and has the power, drive and knowledge within the full scope of jazz, having been part of the Young Lion generation led by Wynton and Branford Marsalis. The fantastic Veal has just as distinguished a résumé, being another Marsalis alumni and Elvin Jones protégé.

The recording begins with the laidback yet playful “Medicine Man,” a tribute to a physician friend, which is followed by the energetic and spontaneous “Ornette,” a tribute to the legendary Ornette Coleman, who had passed on the day of recording. “Lil Luba,” named for Lewis’s nickname for his girlfriend (Luba is her mother’s name), is a gutbucket blues, featuring percussionist Ricky “Dirty Red” Gordon. The surging “Tones for Elvin Jones,” written while on tour with the song’s namesake, is an evocative tribute to the master drummer and a showcase for Watts, a drummer who proudly carries Jones’s torch.

The incredible reinterpretation of Swedish electronic duo The Knife’s “Heartbeats” is a tremendous example of ELEW’s mastery of the keyboard and modern influence. The propulsive “Quirkwork” utilizes the rhythm changes to Gershwin’s “I Got Rhythm” and highlights the trio’s dynamically charged relationship. Named for a short chance encounter, “Jamaica Girl” is a beautiful ballad with a hint of dance hall beat. The startling “And To The Republic” finds the great actor Harry Lennix reciting Mark Antony’s speech from Shakespeare’s Julius Caesar over a tense improvised background.

Thelonious Monk was obviously the inspiration for “Monk,” a compelling composition utilizing some of the unanticipated stylings of the master pianist. A radical take on the Rodgers and Hammerstein classic “My Favorite Things” was played to emulate the Coltrane “sheets of sound” playing style. The recording closes with ELEW revisiting his “Philly Groove,” a laid back yet declamatory piece full of swagger.

Presenting a program of music that highlights all of his strengths, ELEW has returned to the world of modern jazz on his new And To The Republic. Reunited with the incredible rhythm section of Veal and Watts, ELEW’s trio is equal parts bombast and control, frenzy and smooth, proving that though he might have left for other musical spheres, ELEW’s still a heavy hitter in his first language, where he has found his own way.

Bandcamp Daily  your guide to the world of Bandcamp

Guest hosted by Tamar Osbourn aka Collocutor and Toshio Matsuura.